Over several years, RIVAL has successfully worked with a to-sided production strategy that has expanded the offer to the customers. “The automated production on our FH 8800 is an essential part of the to-sided strategy, which has opened up for a production of much simpler components than those, we usually produce,” production manager Søren Djursland says. “We rely on the machine to operate as many hours as possible to create the best business for our customers and ourselves.”

New opportunities
Today, the FH 8800 works around the clock to machine components to the important customers in the defence industry. The production is managed by a couple of RIVAL’s unskilled employees, who have built up the competencies, it takes, to control to components on the machine. “This opportunity is valuable to us, as it is getting harder to recruit skilled employees to work night shifts,” Søren Djursland says. “At the same time, we are happy to offer this opportunity to employees with a slightly different educational background such as our Syrian colleague Dolovan and 33-year-old Ida, who are currently both training to become industrial operators.”

Innovation and courage pave the way
The project is a success today, because sales manager Christian Aarup saw the opportunity to produce the components to the customers in the defence industry. He later passed the idea on to the production technician Stefan Steensgaard who, with his innovative mindset, drew the contours for a possible solution. Then, he continued the work on the solution in close collaboration with his colleagues in the production.
“To get the solution implemented, we had to invest half a million DKK in new tools and clamping fixtures,” Søren Djursland says. “We had the courage to make that investment, because we believed in the project, and because we had an open and close dialogue with our customer, who also believed that the solution is sustainable in the long run.”

Team spirit and social responsibility
“This project is a really good example of the team spirit that exists at RIVAL, where we think “we” before “I”,” owner and managing director Henrik Holvad says. “Our employees are ready to think outside the box and start something new to create value for both the customers, their colleagues and RIVAL. Alongside a very transparent dialogue with our customers and other collaborators, it opens up new opportunities for close partnerships. Also, it creates the opportunity to hire employees with an unskilled background, which is also a high priority here at RIVAL,” he says. 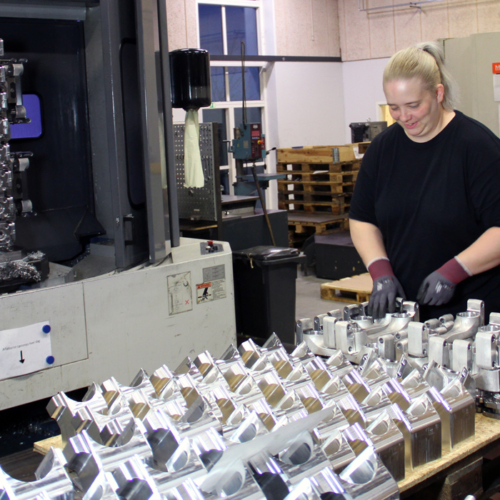 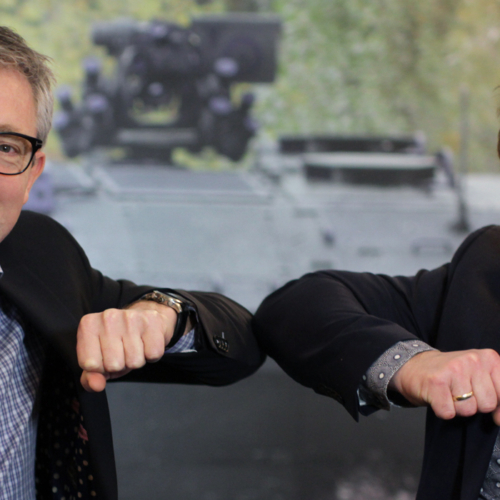