Have a look into a normal workweek and the very varied workdays for RIVAL’s production manager Søren Djursland. He always aims to ensure RIVAL’s customers top quality components delivered at the agreed time, and he makes sure that the employees have the best possible working conditions.

Monday
The first day of the week starts early at 05:18, when Søren shows up at work and puts the kettle on to make coffee for his colleagues. “I prepare the coffee to everyone, well, because I need it myself and because I know that my colleagues appreciate it,” Søren says. Then, he goes for walk in the production hall to say good morning to the night shift workers, who are ending their shift soon.

Later, he walks from his office to meet with owner Henrik Holvad at their weekly progress meeting. On his way, Søren appreciatively looks around the cleaned-up areas around the machines. “Everything has to shine, and the tools need to be in their right places,” he says. “Everyone feels a responsibility to their workplace, and that makes the best working conditions.”

The agenda for today’s progress meeting between Søren and Henrik is the further development of RIVAL’s A-team. “We continually work to improve our A-team, increase their business sense and maintain their motivation to provide a little extra in their work with our customers,” Søren says. “I learn a lot from these meetings with Henrik, because we have many good talks about the management tasks.”

Tuesday
At 9 o’clock Tuesday morning, Søren is participating in the board meeting on Skype. The main topic of today is to discuss how RIVAL ensures the right mix of components to support the two-sided production strategy. “We have to help each other to increase the number of unmanned hours by implementing more work done by robots in our production,” Søren says. “That gives us the possibility to employ unskilled employees to work by the machines during the evening and night and thereby increase the productivity.”

After the meeting, Søren heads back to his office and meets Stefan, who informs him that a delivery from a sub-supplier is delayed. This means that RIVAL’s production of some components to a customer is delayed too. “I contact the customer straight away to inform him regrettably that his components will be a week late,” Søren says. “Luckily, in this case, the customer said that it wasn’t a problem.”

In the beginning of the afternoon, Søren meets with sales manager Christian Aarup to discuss a new big order to an important customer in the defence industry. Foreman Glenn Scharling and project manager Flemming Hansen participates in the meeting as well.

Wednesday
Every Wednesday morning, the weekly whiteboard meeting in the small milling group takes place. Søren participates, if he has inputs. “Today, we look at the amount of robot work,” he says. “We have a lot of work to do at the machines, and therefore we need robots to help us with some of the jobs – also in the weekends.”

After the whiteboard meeting, Søren stops by Karsten Hald at the DMG FD80 machine. The multitasking machine is ideal in serial productions of complex components. “Concurrently, Karsten and I discuss how to plan the best production on the machine and to make sure that it runs day and night,” he says.

After lunch, Søren sits by his computer and plans the production of the next couple of days. At the end of the day, RIVAL’s newly skilled industrial technician Nicolaj Strøm Bording steps by Søren’s office to ask him how to dress for his upcoming accomplishment ceremony with Prince Joachim.

Thursday
At a meeting this Thursday, Søren and the project managers take stock of the present and future projects. “These meetings are essential to create an overview of the situation,” Søren says. “We discuss the importance of being proactive in the work with our customers and to carefully ask them what the components, we produce, will be used for. By doing so, we make sure that our customers get exactly what they need, which may not be what they initially asked for.”

Later that day, the machine supplier DMG pays Søren a visit. There have been some challenges with the production of a number of components to an important customer in the defence industry. The moulded raw material doesn’t fit accurately with the tools, RIVAL bought from DMG, and therefore RIVAL can’t meet with a customer’s tolerances and demands. “Glenn and I look at the machine’s setup with the guys from DMG, and during the afternoon we find a solution.”

Friday
Every Friday morning, all employees at RIVAL gather in the canteen to have breakfast together. Henrik and Søren orientate the employees about anything and everything. Søren tells about a new machine and robot, which will be installed during the upcoming week.

“We use these Friday gatherings to mark everyone’s birthday too,” Søren says. “I like the atmosphere, when everyone stands up and sings a happy birthday song to a colleague. But it sounds the best, when Kirsten Holvad sings the loudest.”

When the gathering is over, Søren and Kirsten go for their weekly safety inspection round together. “We take a look around and get out in all corners to make sure that everything is as it should be,” Søren says. “Today, we spotted a fire exit that was blocked by some pallets, and that doesn’t make for a safe working environment. Therefore, we make sure the pallets are removed immediately and strongly emphasise to the employees that all emergency and fire exits must be clear at all times.”

Søren ends his week by going for a bike ride with RIVAL’s cycling team. Usually, everything who wants to can go, but during these corona times, they make sure they are a maximum of 10 people. “Today, we go for a ride up in the hills,” Søren says. “I always make sure to stay behind Henrik, because he is fit and can push me not to quit. I think it’s important to motivate everyone to ride together, so when we go uphill the fittest guys help out the less fit guys so that everyone makes it to the top.”

At 15.00 o’clock, Søren gets into his new Mercedes and drives home to his girlfriend and kids. This weekend, Søren will do some gardening, and he has promised to make a nice Saturday meal to his family. “I’ll make one of my favourites – Wienerschnitzel.” 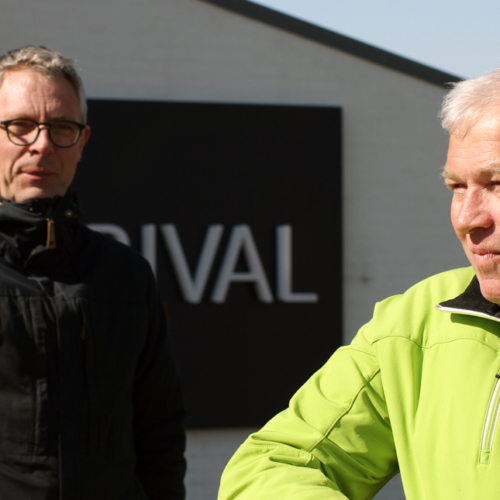 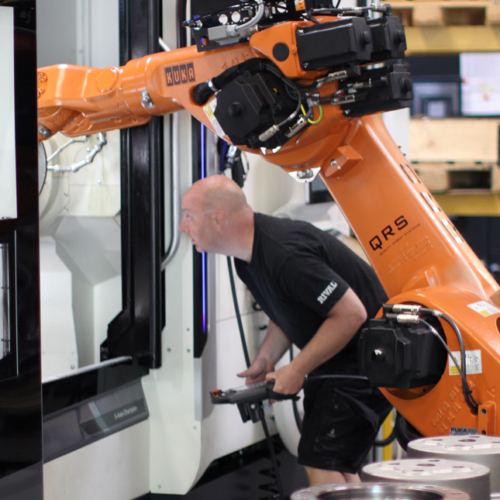