In recent years, machined component developer and manufacturer RIVAL has collaborated closely with the engineering company R&D on the technical production optimisation of several new components.

For engineering company R&D, involving RIVAL as a partner on development projects has been the obvious choice on several occasions. “We have had several opportunities to use RIVAL’s competencies, and to exchange and sound out ideas with them in technical production areas during the development of design and construction of new components,” says R&D Key Account Manager, Daniel Schou Jensen. “Because RIVAL already collaborates with several of our customers, it means that from the very beginning, they very often have a really good understanding of the customer’s requirements and expectations.”

Exchanging and sounding out ideas together
Employees from RIVAL, R&D and the customers that they are collaborating with, meet up on an ongoing basis, and exchange and sound out ideas when they collaborate on projects. Afterwards, they work further on the design, construction and optimisation of the components. During the process, RIVAL will often offer R&D valuable criticism, which on an ongoing basis, helps to optimise the products that are being developed, especially in the technical production area.

RIVAL’s key competencies
Likewise, Daniel Schou Jensen sees the benefits of collaboration with RIVAL. “At R&D we have a lot of competency in design and construction, and we also have extensive insight into technical production,” says Daniel Schou Jensen. “But at RIVAL, technical production is a key competency, which means their ability to exchange and sound out ideas is very valuable to us, because we want the strongest team in relation to the customer.

“Since RIVAL at the same time, can work with the production of component’s for 0-series production and prototypes for new products, they will often acquire valuable knowledge, which both we and the end customer can beneficially utilise in the further optimisation process.”

RIVAL’s DNA
RIVAL Sales Manager Christian Aarup has closely followed the collaboration with R&D and customers for several years. He confirms that it is precisely these tasks where ideas are exchanged and sounded out, where RIVAL has great strength, primarily because of RIVAL’s competence and culture. “My colleagues can, and have the ambition and the desire to present optimisation proposals and improvements,” says Christian. “We see many benefits in both collaborating with an engineering company like R&D and the end customer, and through that, help to develop a solution for the customer, which is optimised in all areas.”

Better to be included earlier
Looking forward, Daniel Schou Jensen can see several advantages in including RIVAL earlier on in the development process. “It will give us better opportunities to take into consideration any technical production challenges that we encounter.” He continues: “I’m sure that we will also in the future utilise RIVAL as a partner and thus together, we will help customers get the best possible exchanging and sounding out of ideas, and solutions.” 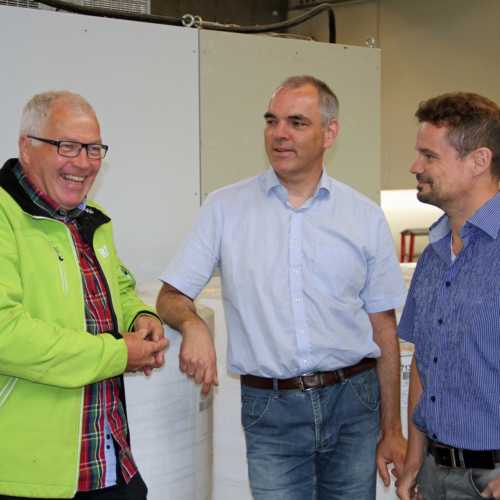 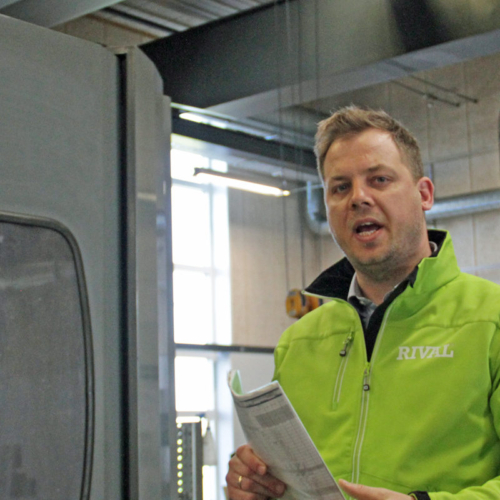 RIVAL wins order worth tens of millions
Scroll to top